What I learned from the November Nine

This week the World Series of Poker announced that the November Nine was no more, and instead the WSOP Champion will be crowned in July. The resounding sentiment in the poker world is that this is a good thing, which I am sure it is, but as a mental game coach I’ll always have affection and fascination with the concept.

After the first year of the November Nine I realized what a cool opportunity it would be to coach a player during the three+ month layoff. There was something truly unique about it in poker that was very similar to an athlete preparing for a major tournament. I’m not one for hard selling so for a few years I wrote articles like this one, harboring some hope it would convince one of the players to hire me. As luck would have it, I got my chance in 2014 when Jorryt Van Hoof, who was already my client, was the chipleader going into the final table. Amazingly the following year another existing client, Max Steinberg, made it and then last year I had the opportunity to work with Kenny Hallaert. 2012 champion Greg Merson was also kind enough to share that The Mental Game of Poker helped him a lot on his way to winning the title. The final table delay created a number of mental game challenges we are unlikely to see in poker again. The obvious one being – what do you do during the three+ month break to prepare yourself for the biggest title in poker? There also was a unique pressure (or advantage, for some) that came with shipping 50 or more friends and family to come cheer you on and sing your name.

Many athletes have to deal with pauses and delays within a championship, but I struggle to think of another event that gets paused mid flow for three+ months. Momentum can play a huge role in poker, and it can be difficult to recapture three months later. Some players, however, benefit from getting all that time to fine tune their game. But one of the big problems that can come when you have this much time to wait is dreaming too much. This is a problem for players heading out to Vegas in general, but when only eight players stand between you and that dream, it can easily get out of hand. There is nothing wrong with having a dream, but the dream ought to drive the actions needed to accomplish it. If you spend too much fantasizing about what it would be like to win the bracelet, your mind can go blank when you need it the most. The other unique problem that comes with the delay is the potential to over-complicate your training. High pressure situations, like the final table, are a huge test for the strength of you game and first and foremost that means “how strong are your weaknesses.” That may sound a little odd, but basically it means, that in order to play great under intense pressure, you must know your biggest mental and tactical weaknesses and the corrections to them really well.

Every player has mental and tactical weaknesses. Even the best players in the world aren’t perfect. When the weakest part of your game is strong, it’s a lot easier to reach the zone and stay there. When your weaknesses are unknown or you don’t have good corrections to them, you’re much more likely to panic or go blank in a big moment and make a mistake that you’ll instantly regret. Technical poker knowledge is only as good as your ability to use that knowledge when it matters most. And that’s where the mental game comes in.

The main event final table – even in it’s new form – is a battle of whose C-Game is the strongest. In my work with the November Niners, our primary goal was to reduce the odds of their biggest leaks showing up and having a proven correction if they did. This is a strategy that I advocate in the Learning chapter of The Mental Game of Poker 2 and it’s useful for anyone playing in higher pressure events or games than usual, whether it’s a final table, your first WSOP bracelet event or taking a shot in a bigger game.

Keys for This Year

With the delay down from 100+ days to 2, players will need to do a majority of the work before the event begins. As is true for all other tournaments they play. But, how they handle the two day break (still unique in its own right) will be key. Seven long and intense days of playing, plus the summer grind, will take a toll and players will need to quickly recovery mentally and physically, while preparing for the biggest event of their life. That will be a challenge. But at least they will have locked up 9th place and got to experience a once in a lifetime opportunity.

I understand the reasons for the change, but I’ll miss being able to help November Niner prepare. It was a fun and unique challenge that I’ll always remember. I’m grateful for the opportunity and for what I learned from the experience. Most notably, what’s required to excel under the most intense pressure.

← Prev: Mental Game Similarities Between Poker and Trading Next: How to Get in the Zone More Often - Prepare → 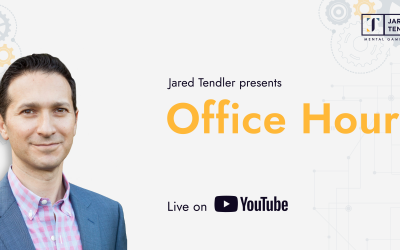