Emotions Signal a Problem— They’re Not the Problem

One of the first hurdles in improving your mental game is changing your perspective on emotion. You all know that emotions are constantly getting in the way of your performance. Fear is why you get out of a trade too early, greed is why you jump in too soon, anger is why you revenge trade. It’s simple, right? Not so fast. While it may appear that emotions such as fear, greed and anger are the problem and cause of your trading errors, these emotions are actually signals. This is a critical change in perspective. Emotions provide data on a host of things, including our underlying belief systems, goals, perspectives, and ingrained habits. Anger, greed, fear, overconfidence, and a lack of confidence are a signal of flaws in any of these areas. For example:

These are a handful of the many performance flaws at the heart of the problems you experience in trading. These flaws, or wishes, biases and illusions, are the real cause of the emotional volatility that force errors in your execution and cost you money. From this perspective, the role of emotion completely changes. Rather than seeing emotion as the problem, instead see it as a messenger telling you exactly what to work on in your mental game. It’s your job to interpret what the emotion is trying to say. This is how I help my clients and what you’ll learn from my new book, The Mental Game of Trading. That’s a hard thing for many of you to do. So one thing I remind my clients is to “be a detective, not a dick.”

So many of us have a tendency to criticize our emotional and mental problems. If all you do is beat yourself up for having these problems or losing money because of them, you will just feel bad and make the situation worse.

Instead, be like a detective who is curious about understanding what’s causing the problem. You’ll actually have a much better shot at solving it this way. Look closely at the specific emotions, thoughts, actions, and decisions that are automatically triggered. They are the data that will help you understand the cause of the problem.

Be the detective and gather the clues. Typically, traders throw those clues out.

By choosing to blow off steam, or trying to forget what happened and move on, they are essentially deleting the missing pieces that can ultimately help them prevent future bombs from going off. Instead, you want to write the clues down and create a detailed map of your reactions.

Gathering the clues of your emotional reactions is the first step. The next step is to map your pattern of reactions. The good news is that your emotional reactions happen again and again for the same reason. There’s no randomness in the mental game. That’s good news because like the markets, you can identify patterns and develop a strategy.

The trouble is that many traders are blind to the patterns in their mental game, much like they couldn’t spot patterns in the market earlier in their career. But recognition is a skill like any other. The more you work at it the better you become. The key is to write down the details of why, for example, you FOMO into a random trade or quickly reenter losing trades out of anger. This is essential to eventually solving these and other problems.

To begin mapping your pattern, keep a record of what happens before, during, and after your trading mistakes. Look for:

Here’s an example of what you want to map:

It will take time but eventually you will be able to recognize more and more of the signals and the payoff is huge. As one client told me “Asking ‘why’ has enabled me to learn from my patterns. I now have a routine that I use to prepare for a trading session, and my outcomes have improved enormously.”

Before the next time you trade, think back to previous instances where the errors happened, and start writing out those details as best you can. This way you can immediately avoid repeating some of these mistakes.

As this process gets easier, start looking for earlier signals. What happened before?  If you get too caught up in the day to remember to track your emotions, consider setting an alarm at some regular frequency that isn’t too disruptive (i.e., every 15, 30, or 60 minutes) to take stock of where you are. Some clients have also found meditation and mindfulness training to be beneficial in creating greater levels of awareness.

Emotions are complicated, but when you stop seeing them as the problem and start using them as signals, you’ll realize how invaluable they are to improving your mental game.

← Prev: Why the Mental Game Matters in Trading Next: Controlling Emotions vs. Resolving Emotions → 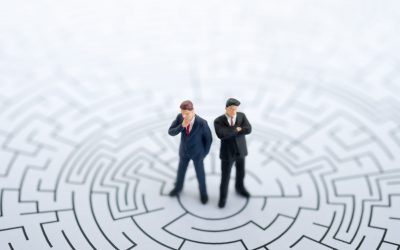 The biggest difference between my system and traditional performance psychology is the issue of what to do about... 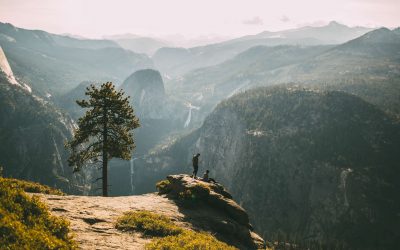 Trading Webinar – Understand How to Control Emotions in Trading

I'm working on a new mental game book for traders. If you like the video, please help me out by filling out my two... 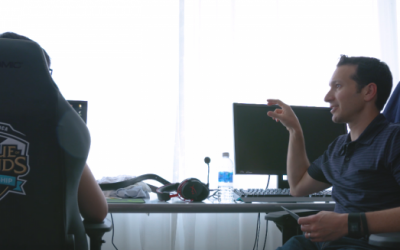 Get exclusive content and be the first to find out when a new Mental Game podcast is released.