My First Tourney Back

I decided a few months ago to get back into tournament golf. It had been 3 years since my last tournament and 5 years since I took them seriously. I needed the break. I was burned out of golf having played for over 20 years, and wanted to do other things in my life. I went from playing 100 rounds/year to playing 10. I loved having time for other things. I wrote a book, met my future wife, traveled, and overall enjoyed having all the extra time. (Golf would be the perfect sport if it didn’t take so damn long.)

A few months ago, I realized that I missed the competition and decided to get back into tournament golf with a very specific goal. In the past for me to play at a high level, it meant playing and practicing a lot. Not only does living in new york city make that hard, but I don’t want to give up my life either. So my goal is to figure out how to play high level amateur golf while playing and practicing very little. This is going to require me to get the most out of every minute and ounce of energy put in. (Just doing that should offer some good insight into learning and performance, that of course I’ll share as I find it.) I don’t have a time limit on this goal. Given that I see time being a precious element over the next 5-20 years, being able to figure how to maintain the life I found without golf, while also competing at a high level in golf, would be amazing.

I took the first step, this past weekend, playing in the Danbury Amateur. This is one of my favorite tournaments because of how it’s run and how much the local crew supports it. Plus, I won it back in 1998 and I got on the last nine holes got to play in front of 300-500 people, while a scorer walked with a sign, like they do on the PGA Tour, with my name and score on it. It was my first “PGA Tour” like experience and was tremendous fun.

My hope this time around was to get back into that position. I say the word hope, rather than goal, because I was also realistic. Although I was shooting great scores (+2 handicap) during causal rounds, I know tournament golf is an entirely different animal. It turns out I was right.

As expected, I was nervous on the first tee. A mixture of excitement, and the usual nerves that come when every shot matters more. For some reason, I’ve hit a lot of great shots over the years off the first tee no matter how much pressure I’ve felt. This drive was no different, and I was off. The first 5 holes my game was a little loose. Like the pressure exposed an array of weaknesses in all parts of my game. I wasn’t 100% committed to the yardage on my second shot, came out of it a bit and it pulled in the greenside bunker. On the par 5 second hole, after a solid drive, I had 215 yards and blocked a 3 iron right into the trees. On the par 3 third, I stuffed my tee shot to 10 feet and three putted. Three putted the 4th, and hit a poor chip on the 5th.

Five straight bogeys was not the start that I wanted, but I also new that my game wasn’t that far off. I parred the next three holes and came to the short par 4, ninth, looking to make birdie. Instead, my back foot slipped on my downswing and I pulled my drive 30 yards left out of bounds. Why did I slip? The tee box was a little wet and the spikes on my shoes hadn’t been changed in a few years. Equipment failure. Further evidence of how loose my game had become.

The back nine was a slightly better, but still had to work hard to keep my game together. I finished with 84, hitting 11 fairways, 10 greens, 2 balls OB, 45 shots inside 100 yards, 39 putts (4-three putts). My short game was worse than my long game. But, in the second round it was the opposite. I had no feel with my golf swing and was constantly battling to keep it together. My short game wasn’t dramatically better, but I hit some quality chips, made a handful of medium range putts and gave some longer putts a legit chance to go it. I shot 78 and was happy to have taken a step in the right direction.

Aside from the technical leaks that were spotted, there was one big take-away for me: Intensity.

My intensity level was a lot higher in the second round. The first day I was struggling to be “in it.” Football players often say that they need to get “hit” to wake them up after being away because of an injury. The first day, I just didn’t have enough intensity. I thought the nerves would kick start me, but it was like I was nervous, and still had low intensity.

One of the consequences of this was that my awareness, during the shot, wasn’t great. A golf swing happens in less than a second. When I was playing a lot of tournaments, it was easy to review my swing immediately afterwards. I could feel the swing, recreate it in my mind, feel it in my body, and analyze it. I couldn’t do that in the first round and it was like I was flying blind. I couldn’t make adjustments quickly like I would have been able to in the past.

The biggest effect of not having enough intensity was in putting. I couldn’t see the line all day. I was reading the putt, but I just wasn’t connected to it enough. 5 years ago, my whole body was focused on the line and the whole putt. Today the target was just in my head. My putting stroke wasn’t getting tight enough direction to have the kind of accuracy that I needed. As a consequence, my posture slouched, as I unconsciously tried to get “in” the putt by getting closer to it this is a tendency I had before.

Seeing an 84 next to my name was the equivalent of getting hit. Realizing that score relegated me to the First Flight, not the Championship Flight, for the second round was another hit. They both woke me up a bit and I played with greater intensity in the second round. My goal now is to figure out how to bring even more intensity to the next tournament. Speaking of, my next tournament on August 8th, a qualifier for the US Mid-amateur. 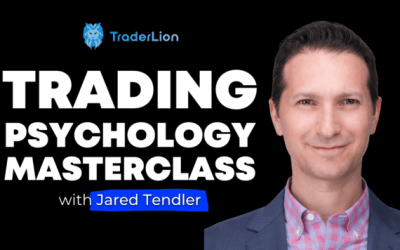 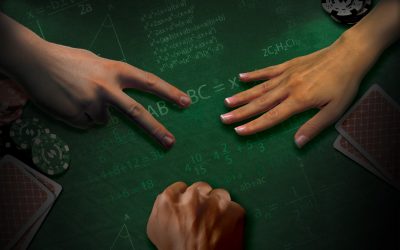 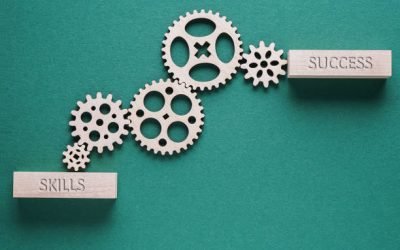